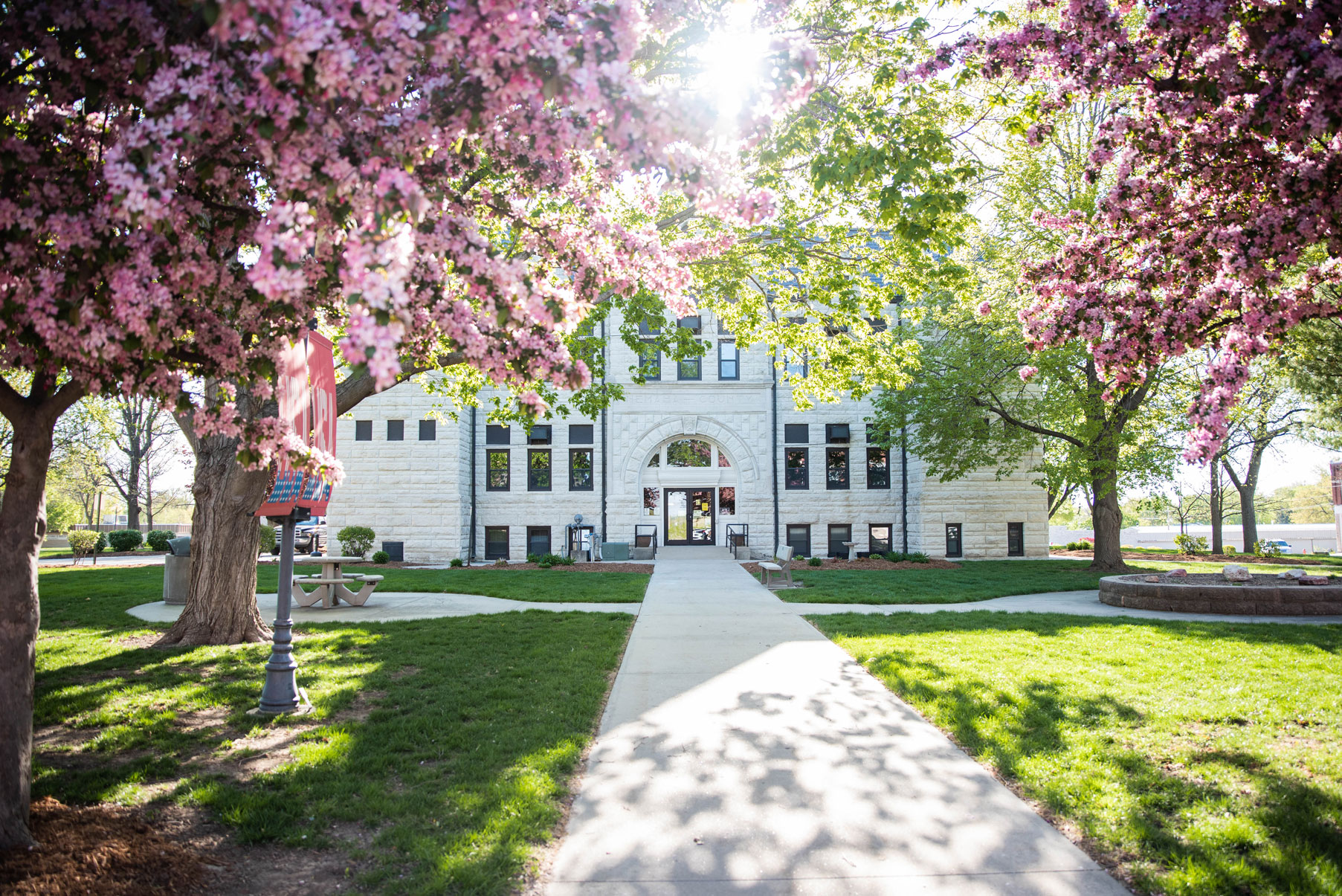 Auburn, one of the newest cities in Nemaha County, is centered on the heart of Nemaha County. What we now know as Auburn, previously included three earlier towns within its city limits—St. George, Sheridan, and Calvert. The 40 acres of St. George, now northeast Auburn, were platted in the 1850s. Sheridan was surveyed as a 160-acre town site in 1868, just a short distance west of St. George. Calvert began in 1881 as the result of a new railroad depot site being selected south of Sheridan. The site was selected by the Burlington and Missouri Railroad, who purchased the land and named it in honor of Thomas E. Calvert, a railroad official.

Under the leadership of Church Howe and Charles Nixon, the towns of Calvert and Sheridan incorporated into the town of Auburn on May 1, 1882. The city was named after Auburn, New York.

A shift in economic emphasis brought the county seat to Auburn from Brownville on February 27, 1883. Nixon and Howe sold the land for a city park for $5,000, which now includes the memorial “Avenue of Flags” honoring all veterans from Nemaha County.

Community leaders made the decision to locate the courthouse at the top of the hill between Calvert and Sheridan, and Courthouse Avenue was built to connect the two communities with the hope that the two former towns would unite. Courthouse Avenue continues to serve as the link between these historic areas and is lined with beautiful, historic homes.

In 1976, Auburn became a Tree City USA community, an honor given to them by the Arbor Day Foundation and hold the longest continuous Nebraska Tree City USA designation.

A vestige of the past, Auburn still supports two “downtown” areas—one being the courthouse square and the other in Sheridan along with the Crestview business district in south Auburn. Shops, restaurants, and small-town charm will take you back to a different time.