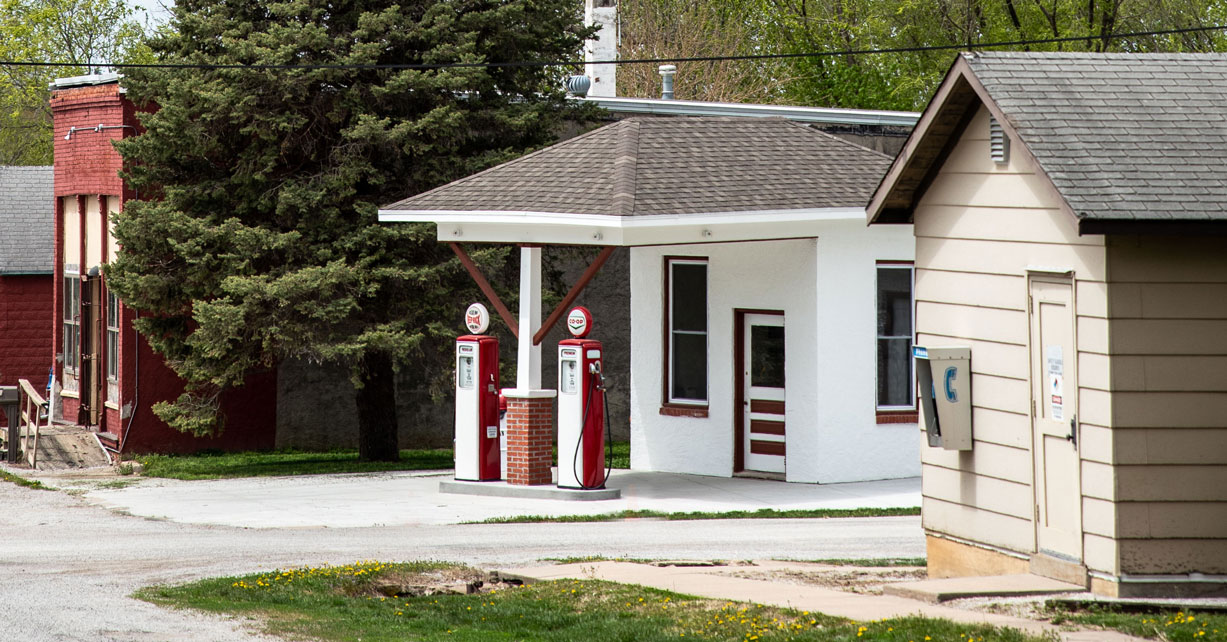 Julian was established in 1887 and had a lucrative business district with businesses for all needs, several trains passing through each day, newspapers, and a school offering K-12 education. One thing it lacked was a sheriff; the nearest law was 10 miles away, so the village gained a reputation of being “untamed.”

At its peak, Julian had around 300 residents. Today, the village is quieter with no more than 70 residents. With the advent of the automobile, residents began traveling out of town more, businesses moved to larger towns and Julian settled into being a bedroom community.

Julian has a village park with a memorial to the District 82 School which stood from 1917–1992. On the corner of 2nd and West Street stands the iconic 1928 gas station, once the cornerstone of downtown Julian, where the men gathered to swap stories. It is one of the few original buildings that still stands on the main street. The current citizens are in the process of restoring the gas station.