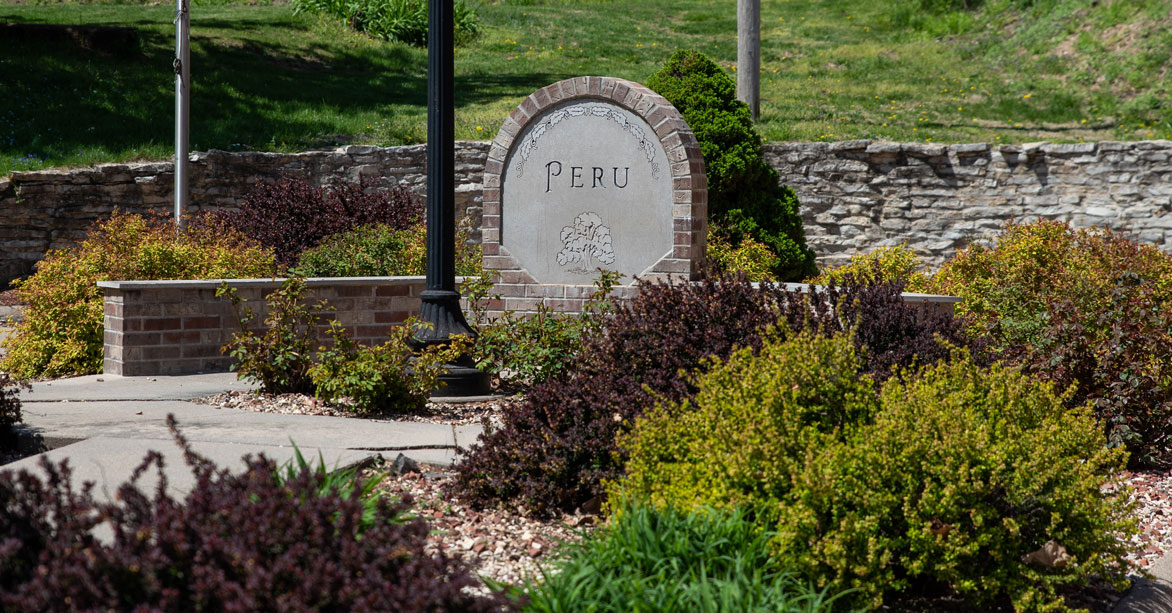 In 1857 a settlement was established by the river. Named Peru, it immediately started to grow. The early settlers came from Peru, Illinois, and when the town was laid out they gave it the name of their former home.

Lewis and Clark passed through the area, which was originally inhabited by the Otoe Indians, and it is believed that a member of the group was buried there.

The Burlington and Missouri River Railroad arrived in Peru in 1857. During a flood in the 1880s, the river cut a new channel which resulted in some of the town being located on the east side of the river.

Among the industries in Peru’s early history were a canning factory, cider plant, ice plant, box factory, brickyard, and a flour mill.

Peru’s biggest celebration, June’s “Old Man River Days” results from the town’s willingness to work together against the forces of the Missouri River when it threatened to flood the town in 1943. The same spirit is evident today, as Peru searches for innovative ways to serve itself and the college.

Home of Nebraska’s first college, Peru is host to nearly 2,500 Peru State College students each year. Downtown Peru provides all the necessities of small-town life including a restaurant, grocery store, bank and nightlife. Peru State College and the Campus of A Thousand Oaks is one of the affiliated sites that constitute the Nebraska Statewide Arboretum.

Other attractions in Peru include the Steamboat Trace Trail and Duck Creek, a new lake established five miles northwest of Peru.